If you would like to plunge into an houseboat adventure, than you can absolutely do nothing wrong with the destination Holland. Whether beginner or experienced captain, everyone can enjoy the cruise! Almost every corner of Holland can be reached by boat through the countless waterways. Everywhere there is nature, culture and places as well as bigger cities to explore. This makes Holland particularly suitable for groups and families with children. It never gets boring on board. Whatever route you choose, each tour offers different facets.

Our new base in Alphen offers new opportunities to get to know Holland from a different perspective. New towns, villages and the sea will await you on this tour. Take a week and experience a city trip of a special kind.

This new suggested route takes you on a varied tour via Katwijk to The Hague, Rotterdam, Delft, Leiden and back to Alphen.

After taking over the boat the day before, you now start in the direction of Leiden and follow the canal to Katwijk. The village is only 5km west of Leiden. Katwijk is well known as a seaside resort and offers a bright sandy beach, a beautiful promenade as well as the famous white lighthouse, the landmark of the city. Also the church should not be missed during your exploration tour. The church is situated right nextso a small courtyard lined with old fishermen’s houses. You should climb the lighthouse, because of the panoramic view of the region. Directly adjacent to Katwijk is Noordwijk. A bicycle tour along the coast is especially worth it. Don’t miss the chance to pass countless flower fields in spring. Head south to cycle through the unique dune landscape of Meijendel. The long-distance cycle path leads to The Hague.

After a quiet stop in Katwijk, the waterway now leads to the bustling city of The Hague. The city is the only big city along the North Sea coast with a beach. The cityscape consists of many monuments, shops and museums. Art lovers are looking forward to the Mauritshuis. This world-famous museum of art from the 17th & 18th century lists over 800 paintings by various artists. The most famous work in the museum is “The Girl with the Pearl Earring” by Vermeer. The collection also includes paintings by Rubens and Rembrandt. In addition to the Mauritshuis you can visit the collection De Mesdag Collectie and the art museum Den Haag. Children will be thrilled by Madurodam! This is a miniature landscape – the place to discover the diversity of Holland with its architecture. If you want to buy fresh food for the journey, visit the Haagse Mart, the largest open-air market in Europe. It takes place every Monday, Wednesday, Friday and Saturday. Over 500 market stalls present a variety of goods. The market can be reached by tram lines 11 and 12. Het Binnenhof is the centre of Dutch politics.

The trip takes us via Delft, where we will stop on the way back. Once arrived in Rotterdam, it’s best to head for the Delfshaven! This is the way to avoid the river Nieuwe Maas, which is heavily frequented by commercial vessels. Navigating on this river is not recommended for leisure captains. Rotterdam is the second largest city after Amsterdam and was unfortunately almost completely destroyed during the Second World War. The reconstruction was carried out by many famous architects of the 20th century. This is why the city is now considered a hotspot for architecture and design. The best panoramic view can be enjoyed from the Euromast, an observation tower with platform and restaurant. The Erasmus Brug is one of the main bridges and connects the north with the south. When it is dark, it is beautifully illuminated. In the Museumsviertel is a park from which many of the different museums are situated within walking distance. There are many old-fashioned and stylish restaurants and cafés for a snack around the corner. The district Katendrecht is the most popular district of Rotterdam. There is a covered Farmers Market, a local brewery and cosy restaurants. The sunset at the harbour and the promenade are especially recommended. The market hall of Rotterdam is particularly impressive. The building itself is worth a visit. The building also houses offices and apartments. The market hall is the largest in the Netherlands. Here you will find something to suit every taste. There are 100 fresh units, 15 food shops and 8 restaurants in the hall. Similar to Amsterdam, the Waterbus takes you from one part of the city to another. The Rotterdam Zoo is also particularly interesting for children. It is one of the most beautiful in Europe. 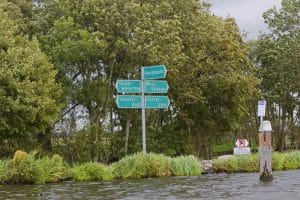 After an eventful day in Rotterdam the journey leads out of the big city into a small town. Delft has a more traditional cityscape and is the opposite of modern Rotterdam. Canals, churches and mansions adorn the citycentre. Delft is now an important university city and despite its traditional character offers many pubs, markets and museums. Strolling through the streets you feel as if you are in the Golden Age during Vermeer’s lifetime. It is also known as the porcelain capital. The blue Delft tableware is still on everyone’s lips today and has been hand-painted since the 16th century. Who would like a small time-out and is interested in the plant world, should visit the Botanical Garden with its 7000 species. The Vermeer Centre tells the visitor everything about the life and works of the famous artist. But sometimes, with so many possibilities, you can also take thinga a bit easier by simply enjoying the atmosphere in one of the numerous street cafés.

After the charming city of Delft, we now go to the beautiful city of Leiden. In the 17th century Leiden was one of the most important and prosperous cities. Rembrandt’s home town is also a university city with traditional canals, courtyards and museums. If you take a closer look at the walls of the houses while strolling through the streets, you will often discover the so-called “wall poems”. Leiden invites visitors to go out and do some shopping. Leiden is also the city of museums. There is a museum for art, history, nature, anatomy and botany.

If you like, you can return to Alphen in the afternoon to enjoy the beautiful atmosphere of Leiden a bit longer. The boat will be returned the next day between 8 and 9 o’clock in the morning. 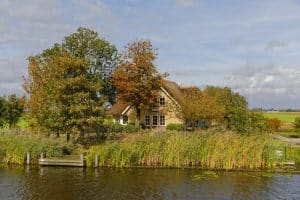 A gateway to the Emerald Isle, the Grand Canal is the perfect way to explore everything Ireland has to offer. Here’s everything you need to know about this fantastic waterway including how to get [...]

As one of the most iconic canals anywhere in the world, the Canal du Midi has long been a favourite for boating holidays in France. The magical canal runs from the famous city of Toulouse to the [...]