Which are the best canal fishing spots ?

As every keen angler knows, finding the next best fishing spot is of great importance. Making your way through the best rivers, lakes, and canals can bring a whole new lease of life and enjoyment to the sport. Although the image of fishing on a flowing river or pristine lake is an idyllic one, fishing on canals can often be overlooked.

Yet the canals of Europe can be some of the most charming and rewarding places to fish. Not only are they home to a variety of different species, but they all have their own unique landscapes to enjoy. So, which are the best canal fishing spots, and how does fishing on canals differ from elsewhere? Read on to find out.

Fishing on the Canal du Midi

One of the most famous canals in Europe, the Canal du Midi, is not only full of beautiful landscapes, waterways and world-class landmarks but also a fantastic place to go and reel in your next catch. With Canal du Midi boat hire, you can boat along the 150 miles worth of canal, from the city of Toulouse to the shores of the Mediterranean Sea, choosing the best spots to cast your line as you go.

This variety of locations along the Canal du Midi means that the fishing opportunities are diverse and competitive. Whether you set up along the banks of the canal within the cities of Toulouse and Beziers or opt to cast your hook in the rolling countryside that surrounds the canal, you’re never guaranteed to have the same fishing experience twice. The Canal du Midi is home to a large variety of freshwater fish species. These include largemouth bass, European perch and the giant Northern pike.

Another canal that vies for the title of the best canal fishing spot in France is the Canal de Briare. One of the oldest canals in all of France, the Canal de Briare has had hundreds of years to blend perfectly with the ecosystem around the region, bringing with it a rich and diverse population of fish species to the waters.

Along the rural banks of the Canal de Briare, you can land yourself record-breaking fish of all kinds. The most popular fish species caught on this canal are zander, carp, largemouth bass, perch and pike. 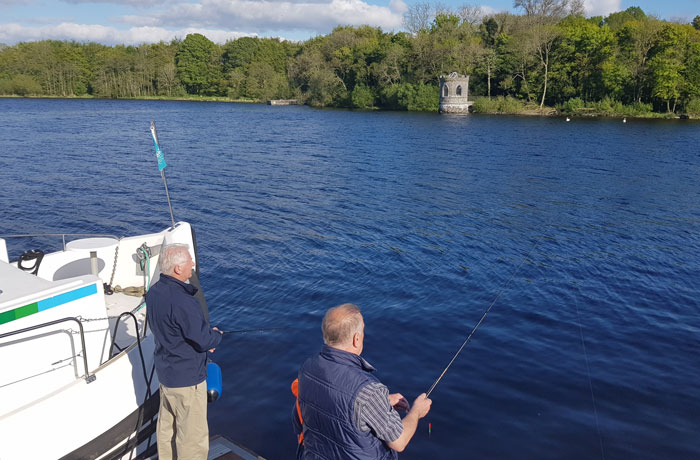 The River Shannon in the Emerald Isle of Ireland has long been a popular place to fish, and its reputation for natural beauty is often unmatched. The best fishing in Ireland can be found along the winding waters of the Shannon and in the many loughs and lakes that break up the flowing river.

The town of Banagher on the River Shannon prides itself on being one of the best canal fishing spots along the entire waterway. The backwaters around the town are fertile ground for anglers, so much so that there is a popular coarse fish festival held here every year. In this section of the River Shannon, you are likely to catch fish such as bream and tench.

Lough Allen, one of the biggest along the river, is also considered to be a fantastic place to fish in Ireland. The main fish to be caught in this lough are trout and some large pike.

Which are the best canal fishing spots?

When it comes to the best canal fishing spots, three canals take the prize. The first of these is the River Shannon in Ireland, home to a huge array of fish species and angling spots. The next two are the French canals of Canal du Midi and Canal de Briare. The advantage of these two canals is the mixture of city canal fishing and rural countryside fishing on offer.